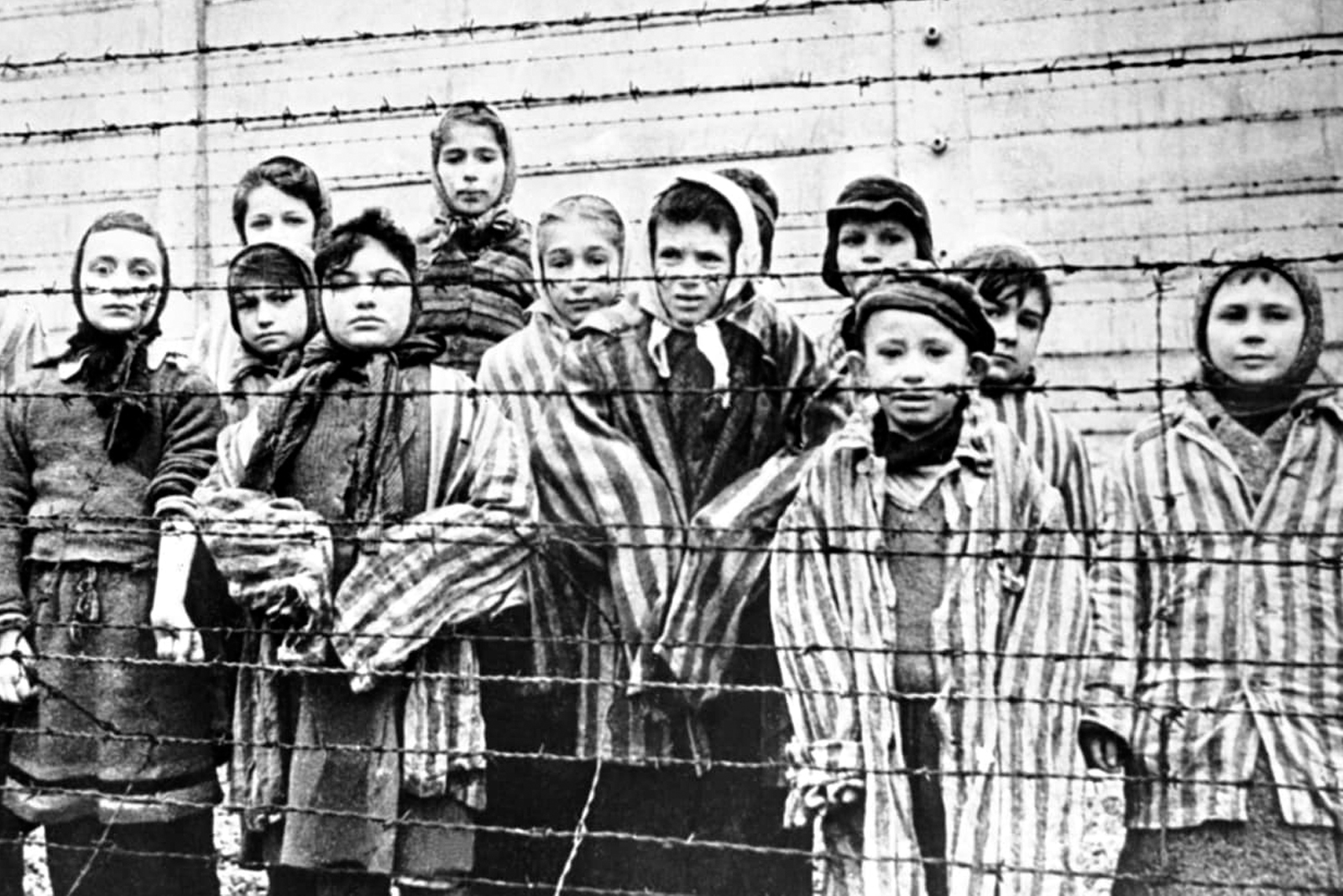 By Clint Witchalls for The Independent

Lucy Adeniji – an evangelical Christian and author of two books on childcare – trafficked two girls and a 21-year-old woman from Nigeria to work as slaves in her east London home. She made them toil for 21 hours a day and tortured them if they displeased her. The youngest girl was 11 years old.

Sentencing her to 11-and-a-half years in prison last month, Judge Simon Oliver said: “You are an evil woman. I have no doubt you have ruined these two girls’ lives. They will suffer from the consequences of the behaviour you meted out to them for the rest of their lives.”

Most people would probably agree with Judge Oliver’s description of Adeniji as evil, but Simon Baron-Cohen, professor of developmental psychopathology at the University of Cambridge, would not be one of them. In his latest book, Zero Degrees of Empathy: A New Theory of Human Cruelty, Baron-Cohen, argues that the term evil is unscientific and unhelpful. “Sometimes the term evil is used as a way to stop an inquiry,” Baron-Cohen tells me. “‘This person did it because they’re evil’ – as if that were an explanation.”

Human cruelty has fascinated and puzzled Baron-Cohen since childhood. When he was seven years old, his father told him the Nazis had turned Jews into lampshades and soap. He also recounted the story of a woman he met who had her hands severed by Nazi doctors and sewn on opposite arms so the thumbs faced outwards. These images stuck in Simon’s mind. He couldn’t understand how one human could treat another with such cruelty. The explanation that the Nazis were simply evil didn’t satisfy him. For Baron-Cohen, science provides a more satisfactory explanation for evil and that explanation is empathy – or rather, lack of empathy.

“Empathy is our ability to identify what someone else is thinking or feeling, and to respond to their thoughts and feelings with an appropriate emotion,” writes Baron-Cohen. People who lack empathy see others as mere objects.

Empathy, like height, is a continuous variable, but for convenience, Baron-Cohen splits the continuum into six degrees – seven if you count zero empathy. Answering the empathy quotient (EQ) questionnaire, developed by Baron-Cohen and colleagues, will put you somewhere on the empathy bell curve. People with zero degrees of empathy will be at one end of the bell curve and those with six degrees of empathy at the other end.

Being at the far ends of the bell curve (extremely high or extremely low empathy scores) is not necessarily pathological. It is possible to have zero degrees of empathy and not be a murderer, torturer or rapist, although you’re unlikely to be any of these things if you are at the other end of the empathy spectrum – level six empathy.

“You could imagine someone who has low empathy yet somehow carves out a lifestyle for themselves where it doesn’t impact on other people and it doesn’t interfere with their everyday life,” says Baron-Cohen.

“Let’s take someone who’s very gifted at physics and they’re focused on doing physics. They might not be interacting very much with other people but they are interacting with the world of objects. They might have low empathy but it’s not interfering. In that respect it’s not pathological and they don’t need a diagnosis. They have found a perfect fit between their mind and the lifestyle that they have.”

Baron-Cohen doesn’t see very high empathy as potentially debilitating. He sees someone with level six empathy as possessing a “natural intuition in tuning into how other are feeling”.

I was intrigued to read a different account of empathy overdrive. In a recent newspaper article, Fiona Torrance described the hell of hyper- empathy. She has a rare condition known as mirror-touch synaesthesia. She first became aware of it aged six when she saw butcher birds hanging mice on a wire fence. “I felt the tug on my neck and spine; it was as if I was being hanged,” Torrance recalled.

At zero degrees of empathy are two distinct groups. Baron-Cohen calls them zero-negative and zero-positive. Zero-positives include people with autism or Asperger’s syndrome. They have zero empathy but their “systemising” nature means they are drawn to patterns, regularity and consistency. As a result, they are likely to follow rules and regulations – the patterns of civic life.

The question is: did people with these personality disorders lose their empathy or were they born that way?

One of Baron-Cohen’s longitudinal studies – which began 10 years ago – found that the more testosterone a foetus generates in the womb, the less empathy the child will have post- natally. In other words, there is a negative correlation between testosterone and empathy. It would appear the sex hormone is somehow involved in shaping the “empathy circuits” of the developing brain.

Given that testosterone is found in higher quantities in men than women, it may come as no surprise that men score lower on empathy than women. So there is a clear hormonal link to empathy. Another biological factor is genetics. Recent research by Baron-Cohen and colleagues found four genes associated with empathy – one sex steroid gene, one gene related to social-emotional behaviour and two associated with neural growth.

Does that mean, in the future, we will have gene-therapy to correct for low empathy?

“I’d be very concerned about those sorts of directions,” Baron-Cohen says. “I mean, they are at least plausible from a science point of view, but whether they’re desirable from a societal point of view is another matter. I would probably put more emphasis on early interventions – environmental interventions. I think empathy could be taught in schools for example.”

The other side of the empathy coin is environment. John Bowlby, the British psychiatrist and psychoanalyst who developed “attachment theory”, was the first to point out the lifelong impact of early neglect and abuse. “We think children are very robust, they’ll somehow adapt,” says Baron-Cohen, “but Bowlby showed that children who had what he called insecure attachment – a lack of opportunity to form a strong bond with a caregiver – are more at risk of delinquency and they’re more at risk from a range of personality disorders, which I translate into a lack of empathy because many of the personality disorders, like the psychopath, or people with borderline personality disorder are just operating on a totally self- centred mode. Early attachment is one big risk factor for low empathy.”

With functional magnetic resonance imaging (fMRI) scanners, it is possible to look at the effect hormones, genes and the environment have on the brain. In his book, Baron-Cohen identifies ten interconnected brain regions that are part of what he calls the “empathy circuit”. People who score low on the empathy questionnaire show less neural activity in these brain regions.

Science is beginning to unravel the mystery of why some people have less empathy than others and the implications are potentially far reaching, not least for the criminal justice system. “The hallmark of a compassionate and civilised society is that we try to understand other people’s actions, we don’t try to simply condemn them,” says Baron-Cohen.

“There is even a question about whether a person that commits an awful crime should be in a prison as opposed to a hospital.”

But if someone endures a neglectful upbringing and they subsequently grow up to be a violent criminal, should they be absolved of any wrong doing because an fMRI scanner reveals low neural activity in their inferior frontal gyrus? “When people do commit crimes there may be determinants to their behaviour which are outside their control,” says Baron-Cohen. “No one is responsible for their own genes.”

Indeed, but we are all capable of making moral choices. Making the right choice may be more difficult for people with compromised empathy circuits, but the choice still exists.

Baron-Cohen wants to move the debate on the causes of evil “out of the realm of religion and into the realm of science”, but I wonder if he is going beyond science and into other domains such as moral philosophy and jurisprudence.

“I don’t see that we have to keep them apart,” he says. “What I’m hoping is that the book will be seen as: how can science inform moral debates. It might even have relevance for politics and politicians, that when we try and resolve conflict, whether it’s domestic conflict or international conflict, issues about empathy might actually be useful. The alternative is that science just does science and doesn’t engage with moral issues or the real world. I think that would be a backward step.”

Surely beliefs are a much bigger cause of evil than biology or upbringing? Negative memes are spread by the church or state about the outgroup until they become thoroughly dehumanised. And the thing to restore humanity to the outgroup is not drugs and therapy but re-humanising narratives.

“Whatever your causes of loss of empathy, it’s the very same empathy circuit that would be involved when you show empathy or fail to show empathy,” says Baron-Cohen.

He argues that our beliefs can have an impact on the empathy circuit. Our level of empathy isn’t necessarily fixed for all situations and right across our lives. It can fluctuate, depending on the situation. When people are tired or stressed they may show less empathy than when they’re calm and rested. Baron-Cohen wants to differentiate transient changes to empathy, where empathy can be restored, versus more permanent changes.

“If for genetic reasons, for example, you have low empathy, it might be much harder to restore it but I remain optimistic even in those situations that there are therapeutic or educational methods that could be tried to improve anybody’s empathy,” he says.

So far, science has made little progress in treating empathy deficits. Psychopaths, for example, are notoriously untreatable as are children who present with callousness/unemotional (CU) trait. And trying to improve the empathy of sex offenders is one of the least effective interventions, according to Tom Fahy, professor of forensic mental health at the Institute of Psychiatry.

Narrowing the focus down to empathy when trying to prevent repeat behaviour is not a very effective approach, in Fahy’s view. “It’s difficult enough, anyway, to reduce offending behaviour through complex psychological interventions,” says Fahy, “but to put all your eggs in one basket is undoubtedly a mistake.”

Although zero degrees of empathy is necessary for someone to do evil, it is not sufficient to explain it. As Fahy says, there is usually a “complex tree of experiences” that leads to a violent or cruel act. Also, not everyone who has zero empathy will commit evil acts – Baron-Cohen devotes an entire chapter to extricate himself from this dilemma. Zero degrees of empathy requires too many qualifications to make it a satisfactory explanation for evil. And trying to boost empathy using therapy and other non-drug interventions doesn’t appear to have much effect.

I wholly agree with Judge Oliver’s description of Lucy Adeniji as evil. That doesn’t mean I want to shut the conversation down. I think it’s important to know – from a biological, psychological and societal point of view – how someone like Adeniji came to be cruel and uncaring, but I also think it’s important to condemn her actions. I don’t see the two things as being mutually exclusive.

I agree with Baron-Cohen that we shouldn’t use evil as an explanation for why people do bad things, and finding ways to improve empathy, can’t be a bad thing. But, for me, replacing the idea of evil with the idea of empathy-starvation is a simplification too far.